Life Is Better with Dogs – Adopting a Pet 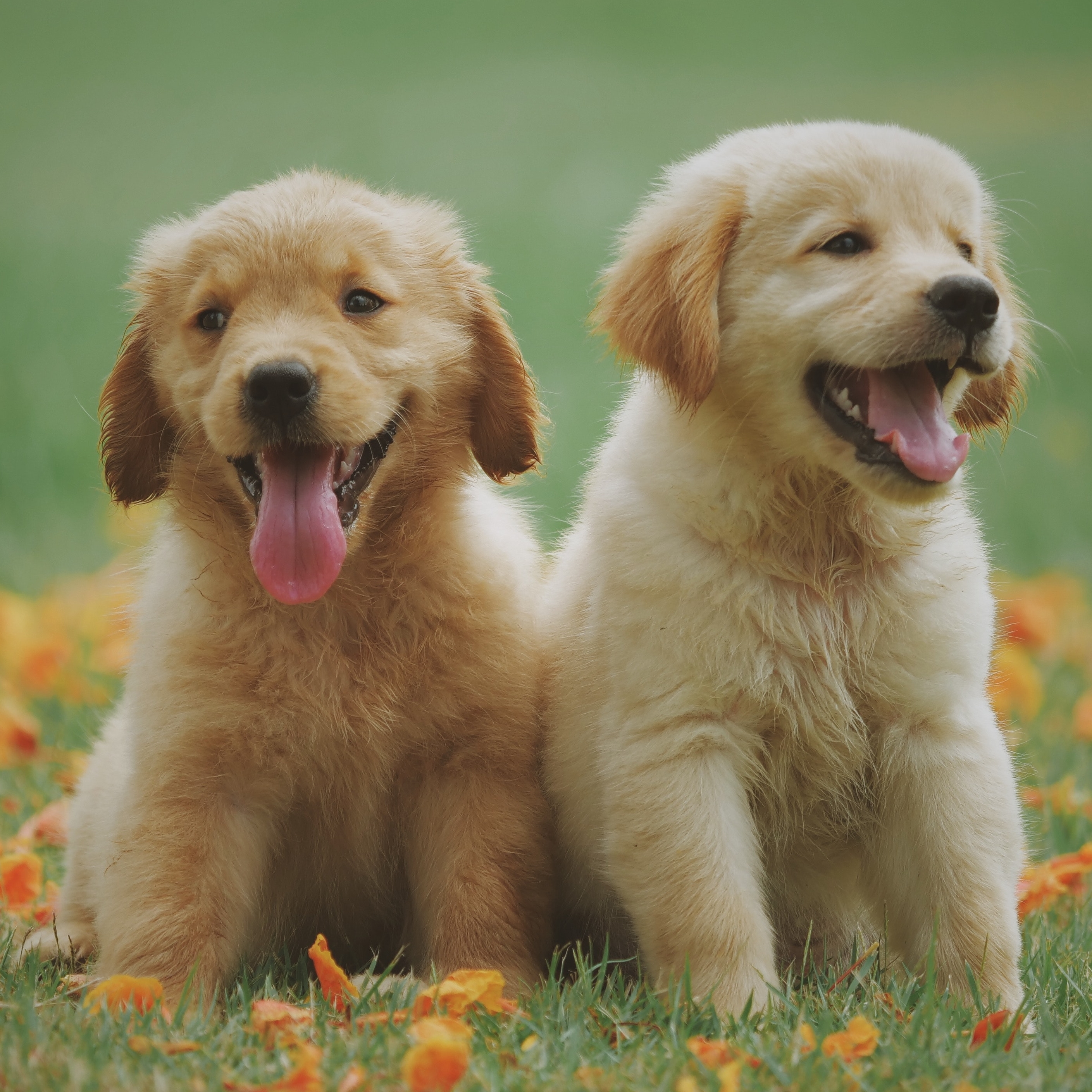 I’m a firm believer that life is better with dogs. When I bought my first house in 2011, I lived in it for over eight months before I had a  that dawned like a sweet Spring morning about a week before my thirty-third birthday. The realisation went thusly: ‘This is my house so I can have a dog, and no-one can tell me otherwise; I don’t have to ask anyone’s permission and there’s no landlord to worry about!’

I suppose that my children might object if I said that this was the happiest moment of my life, but the truth is that it wouldn’t be too far off it. My dream of having a canine companion all of my very own started when I was about thirteen, a result of my father and his partner adopting a dog from the DSPCA. The adoptee was a Doberman/Lab cross named Prince and he was perfect. Within two years, they had also homed a neurotic Irish Wolfhound named Niamh who had homicidal tendencies towards Great Danes, and a pedigree Scottish Deerhound named Ailsa who suffered horrendously from car-sickness. Within three years, Dad had started breeding Springer Spaniels in a desultory sort of manner, and my weekends were filled with happy gun dogs, cleaning kennels, and helping with basic training. Thus, the thought that life is better with dogs and of having a one of my own after some twenty years of wanting was almost dizzying. Even though I swore I wouldn’t make any rash decisions in adopting a pet, a week after first visiting them and meeting her, we brought Honey home from ASH Animal Rescue in Rathdangan, Co. Wicklow.

Honey is a Rottie/Lab cross – or, as we describe her, a Lab in Rottie pyjamas because she’s the size of a small Lab but has perfect Rottweiler markings – and when she came to share our home, no-one knew quite how old she was although our vet estimated four and a half to five. She had been surrendered to a pound/rescue centre twice in her life at that stage, and she became very territorial very quickly when she realised that she had a place and a family of her own again. As I wasn’t working at the time, the first weeks of her new life saw Honey and I quickly fall into a habit of taking my children to school, and then going for a walk along the seafront before coming home to a breakfast of toast for two. An inveterate ambler, and sniffer of hedges, who objected to moving much above a gentle stroll, and who saw nothing wrong in plonking herself down in the middle of the road to have a scratch in front of moving vehicles, Honey revelled in our morning wanders and the naps that followed. We made a very happy pair and she was spoiled rotten in no time.

As November moved into December, and we had our first Christmas as a family of five, the spectre of returning to work loomed large in my mind. I was quite adamant that when I did go back we would not be leaving our furry friend home alone all day. Yes, alright, it was a not-very-devious way of bringing another dog into the house and holding onto my belief that life is better with dogs, why stop at one? In February, I spotted some Rottie/German Shepherd puppies who were being rehomed by the ISPCA from their centre at Keenagh in Co. Longford and we decided as a family that we might just take a trip over to have a look… (Just having a look now. What could possibly go wrong when four people with rubbish impulse control come face to face with puppies?!) With alarming predictability, we filled in some forms, passed our home check, and within two weeks, brought home the dog now known as Fudge.

At the time, Fudge was more commonly known as the Destroyer of Worlds. Or at least our world. While life is better with dogs, our lovely surroundings may not necessarily agree. She chewed books, she chewed furniture, she stole Honey’s toys and her bed, and obliterated our back garden utterly with her ill-conceived notion that daffodils are really very tasty. We found her in the wasteland of the backyard one day chewing a small lump of concrete thoughtfully because apparently, when you’re teething, anything is fair game.

On a more positive note, she adored Honey who she taught to play Proper Dog Games, and tempered the older dog’s inclination to hostility towards strangers; Fudge was sweet-natured and kind, and she charmed almost everyone she met. She soon outgrew Honey, who is somewhat short and stumpy, and her GSD ancestry became ever more apparent in her long, elegant nose and her tireless energy. Despite the approach of her fifth birthday, she is still very much the puppy in our house although I’m pleased to say that she hasn’t chewed anything untoward for a long time; like a small child, she still runs everywhere.

So, for two years we toddled along happily with our two dogs, and two sprogs, and I drove my family mad about the virtues of adopting a pet. I constantly referred to dogs that needed rehoming through the multitudinous rescue centres that I followed on Facebook and the like. My husband put his foot down firmly and said two was enough, and I was probably reasonably OK with that. Until the day that I saw a photo of a dog in the South Dublin county council pound and my heart skipped a beat because I just knew that he was mine. Of course, my earth-shattering revelation was met with what can only be described as derisive scoffing on the part of my nearest and dearest. I was told that we didn’t have room for another dog, that we would be overrun, that it just wasn’t a good idea. I listened not one bit (remember life is better with dogs) and dragged my husband to the pound one rainy afternoon to meet the critter in question.

Oh my gosh, he was so handsome and he looked like a teddy bear; bigger than I had expected but definitely the Brad Pitt of the dog world. The warden and the members of staff in the pound that day told me that they were worried that he would be left behind because “most people come in looking for little dogs.” They told me that he had been left in a back garden of a house when the occupants moved out; the next-door neighbours had fed him for a couple of days but none of them could take him in so they had called the local county council to have him removed. His future didn’t look happy based on the staff’s knowledge of such things. I stroked him through the mesh of the kennel he was in, he licked my hand, and that was the end of that. My certainty hunkered down to battle against the doubts of the rest of the world, and I knew that he was definitely going to live with us come hell or high water. (Some of the discussions around picking up the bear can be seen on Facebook where I spotted him.)

On the first of August 2014, Oberon – more commonly known as Ronnie – lumbered into our car and came home to meet his adopted sisters and we all lived happily ever after. He and I are still the best example of internet dating I have ever encountered. My assumption that he was a big, noble-hearted, calm bear turned out to be utterly erroneous: he squeaks at an eardrum-rupturing pitch when he’s excited, and he’s utterly daft…unless you’re looking for someone to steal food or empty bins in which case he is a MENSA level genius. He is also the cuddliest creature ever and likes to walk around with my wrist in his mouth. He is the only dog I’ve ever met who parades in and out of rooms like he’s strutting on a Paris Fashion Week catwalk, swinging his hips and casting flirtatious glances over his shoulder as he goes. While I write this, he is busily licking the kitchen wall with his eyes closed. I don’t know what to tell you – he’s unique…

Our family mottos is that Life Is Better with Dogs, and I stand by it absolutely. I couldn’t recommend adopting a pet highly enough to anyone. My children are five years older than they were when Honey first arrived but she and the others are now so tightly enmeshed within our history that to describe them as ‘just dogs’ would be to negate so much of what makes our family what it is. It may be that we’re all as mad as hatters here but we talk to our pets, tell stories about them, make up rhymes and nonsense daily – was it called doggerel for a reason? – About their personalities and traits that endlessly entertain us. Our colleagues and school friends sigh in good-natured exasperation at the ‘crazy dog people’ they have to deal with, as they absent-mindedly wipe off stray dog hairs that have somehow managed to adhere to them just by being within normal proximity to us. The simple truth is that we are a happier family for having our furry friends around, and so if you don’t already have dogs in your family, I can only suggest giving it a try!

This piece was written by Vicky Lowsley. She lives with her two children, three rescued dogs, and her long-suffering husband in Co. Wicklow. The humans of the family fight daily battles with ever-encroaching dog hair while the dogs consider the larger of life’s mysteries such as ‘Can I Have Some More Food?’ and ‘Did You See the Cat in The Front Garden?’ in a house that is much more rundown than it was when they first moved in. It’s more fun than it sounds, she promises.